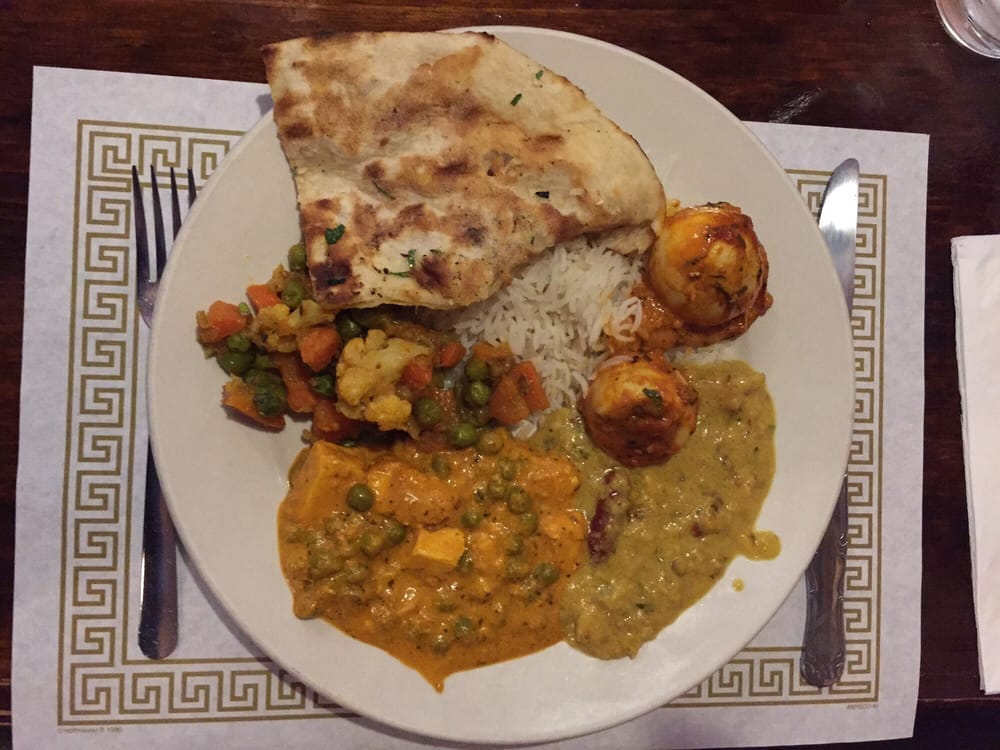 Every tree is covered with lights, over trees in Lawrence downtown.


Then on to photograph Christmas displays. Several of the recommended displays were not lighted, but I was quite pleased with those I did find. The highlight of my tour was photographing the lights at W. Her display includes a shooting star which lands in the yard. The middle photo at right is a two home display at and West 30th Street. Adjacent homes at and North Road have large Christmas displays including a small sound and light program with the music being played through speakers. It was recommended by Timothy Dorr who has a great display in Prairie Village. This was another animated sound and light presentation, where you tune your radio to listen to the program.

It is one of the most attractive displays I have seen and the drive on th Street from State Line Road includes many other pretty light displays. The second one was recommended by Sharon Pacheco. It is right across the street from Mahaffie elementary school in Olathe. I was blown away by the huge light display which occupies 3 or 4 acres. Hard to believe this is only a mile and a half from my home and I never knew about it before! Both of these displays have been added to the Johnson County Christmas Display Tour which now has 17 different displays with maps.

I've had a lot of fun with this page, which has been receiving several hundred visits a day. Tiny part of a huge light display in Olathe. The menu is a little different for Sunday lunch.

They didn't have the fried calamari and chicken spedini that are among my favorites. They did have some of the best bacon I have had in years. I took a number of photos and will be adding a page devoted to Cinzetti's soon. Cinzetti's Italian Market food preparation station. I was still quite impressed with the food at this restaurant that is only open 3 days a week.

I had Jaeger Schnitzel pork loin - breaded and pan fried with creamy mushroom sauce again, enjoying it as much as my first visit. She liked it, but not as much. Sides sampled included cucumber salad, lightly battered French fries, Spaetzle and green beans. The green beans were the most unusual - very sweet. I began with the Garlic Rib appetizer. Quite garlicky and tasty, it came with a traditional Thai hot sauce on the side.

The server warned that the sauce was hot, but it wasn't too bad. My entree was Spicy Peanut Pork stir fried with fresh peanut, bell peppers, jalepeno peppers, white onion, hot red peppers and green onion. I ordered the pork medium hot, despite the server warning that the medium was very hot. Picking out most of the hot red peppers, I was just able to eat it.

It will seem odd ordering mild on my next visit. Than on to visit the first of several music and light Christmas displays that had been recommended by visitors to this website. The first was the Ultimate Holiday Tree - a tree-shaped flat panel holiday lighting display with thousands of solid-state LED bulbs.

The Ultimate Holiday Tree is interesting, but I didn't enjoy it as much as the other displays. Getting new photos to replace some of those on the page devoted to the display.


Then about a mile east to Timothy Dorr's sound and light program on Fontana. It has 30, lights, 5, feet of extension cords and is operated by Eleven channel Light-O-Rama controllers. By coincidence, I ran into Tim outside the home. He was quite gracious.

I went on to get some photos of Mike Babick's display on Falmouth. The cars from people viewing Babick's house filled the block. There were even limos. In the Plaza, I lucked out and found a parking spot right across front he store I was visiting won't mention which one here, in case the recipient is reading and was able to quickly purchase the item I had researched online.

It wasn't running when I visited Gardner the first week of the month, but Tyson has the kinks out of this first time display and it looked great this evening. Before returning home, I made one more stop, to get some photos of Paulie's Penguin Playhouse. I discovered that a snow making machine has been added midway through the holiday season, last year. I was setting up the tripod to take a photo through the front door, of some of the penguins inside the house, when Paul Craig spotted me and invited me in to take a quick photo.

He also introduced me to his lovely wife and I got a photo of the two of them. It was a pleasure finally meeting the Craig's. After my brief visit inside the house, I am confident that there are even more penguins inside the Penguin Playhouse than outside. The service was still good and the kitchen was faster than the previous visit. I sat it the quieter, far corner with its view of a beautiful snow covered ravine and bicycle tour. I had a cheese steak wrap and seasoned French fries.

The wrap was better than the fries, but I still prefer the country fried tenderloin that I had on my previous visit. I didn't enjoy it nearly as it as the chili at Lenexa's Parkway Cafe the day before. My second chance to try the new expanded menu. It was slightly warm perhaps the egg was just cooked? But I didn't need it. The entrees are generous. I had KanPoonKee - deep fried chicken with jalapenos in spicy and sweet sauce. It came with kimchi, steamed rice, clear broth and daan moo ji sweet, yellow pickled radish.

I enjoyed it all and would be happy to have this dish again. This is the second Kansas location for the small small chain which has 6 stores in Omaha, Nebraska. Pepperjax has counter service, where they prepare Philly sandwiches, wraps, rice bowls and salads. Three people worked side by side at the grill behind the counter and passed off the sandwich as it was prepared.

You walk or drive up to a window to order and I was quickly greeted by a friendly young man eager to take my order, almost too eager in that I did not have a chance to read the menu posted outside before being prompted to order. I was surprised to find numerous other options beside burritos on the menu … tacos, enchiladas, quesadillas … all at fairly reasonable prices. I prefer cheese and onion enchiladas and would think at the same price as meat steak, chicken, pork that there would be an abundance of fillings, but I was again disappointed.

The red sauce covering the tubes of corn was bland and sparse, barely providing any flavor to the tortillas which were void of any significant fillings. I tasted no onions and the small amount of cheese inside did not quite make it it to the ends, leaving just tortilla and a little tasteless sauce for the first and last bite of each enchilada. The rice and beans were equally tasteless. The burrito tasted "OK", but there was very little "steak", mostly beans, with a little cheese, and some some lettuce. The chips were crisp and tasty and the salsa well done, appearing homemade not out of a can or jar with hints of poblano pepper and cilantro.

Many have tried to duplicate pizze Napolitane, but few have succeeded and I said to myself "speriamo" "let's hope so" as I entered Limestone for the first time. I tell you up front that I am comparing, somewhat unfairly, Limestone to the pizzerias of Napoli because they claim to offer Neopolitan pizza, so I may seem harsh. However, my comments are meant to be constructive, offering Charlie the very friendly owner who happened to be making pizzas next to me while we chatted about Italy the opportunity to enhance his restaurant as they grow and flourish.

I had heard rave reviews from fellow Yelp Elite Scott T and others during their short time in existence, so I had to give Limestone a go. Busy for a Thursday night, as a single I was able to be seated right away at the bar where I could watch the pizzas being made and placed in the ornate wood-fired oven.

The space is modern, not my favorite as you probably know by now, with an abundance of stone, wood, glass, and steel, and bright, almost too bright for my sensitive eyes. The center attraction is the large stone-encased wood pizza oven blazing away while pizzas are being hand tossed and decorated for a quick dip inside.

The staff all seemed sincerely friendly and helpful, although the tattoo clad bartender had a bit of an attitude, but not so much that it was off-putting, and service was fast and efficient.

Aranicni di riso are a pizzeria antipasto staple in Naples along with crocchette di patate potato croquettes and other deep fried delights and the only way to start a night in a traditional pizzeria. Limestone's arancini were very well done, crunchy outside and moist inside, perfectly seasoned with saffron and other seasonings and a small ball of fresh mozzarella inside.

I asked Charlie if they made their own mozzarella and much to my surprise he said "yes, about pounds of curd per week". Now for the pizza With only six offerings seven if you include the special , there is not nearly the variety one would find in a pizzeria Napolitana. I ordered the sausage pizza, a simple and traditional choice and normally not something I would choose, only because it and the Margherita fresh tomato and mozzarella with fresh basil leaves on top - named after Queen Margherita's favorite pizza , were the only two traditional Neopolitan pizza options available.

I normally order pizza capricciosa fresh tomatoes, ham, mushrooms, artichoke, fresh mozzarella cheese - fior di latte - and basil or my all-time favorite, the friarielli e salsiccia broccoli rabe and sausage , so I was a bit bummed that there was so little variety. Bacon and eggs on pizza?

Hollandaise sauce? Gruyere cheese The consistency of the dough was close, but it was a little thicker than the original, particularly around the edges. Neopolitan pizza is soft on top, a little crisp on the bottom, with a couple burnt spots and thin enough as to not overwhelm the semi-abundant toppings.